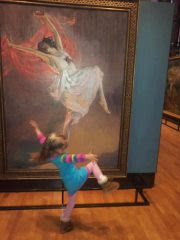 September 24, 2015  - Chemotherapy Abraxane. Weekly treatment may slow down the cancer (10-20% chance) and extend life approx. 2 months.  Next step is hospice and palliative care.

July 27 scan. Progression. Possibly growth due to immune system activity, or plain old progression of the cancer. Next scan in 6 weeks.

June 15, 2015  Starting immunotherapy at the University of Minnesota with the drug Keytruda (pembrolizumab) every 3 weeks.

March 16, 2015  Scans show progression in lymph nodes and some tumors. Life is now measured in months

January 21, 2015  Scan results show over 50% reduction in cancer tumors. Medication had to be stopped until 2/2/15 due to pneumonia and a side effect of lung inflammation. Medication will be restarted at a lower dose in the hopes of reducing intolerable side effects.

November 7, 2014 - More testing with MN Oncology, at Abbott hospital to hopefully be accepted into the "Tiger 2 / Clovis" clinical study

October 3 2014 -Lung biopsy at Mayo to determine eligibility for Immune therapy clinical trial with Yervoy drug MK-3475. Conclusion - not eligible due to lack of PD-L1 expression in the cancer. Mutation T790M was confirmed which should qualify me for clinical trials (new drugs) targeting this mutation.

Sept. 4 - PET scan and MRI of the brain. Progression of the cancer and new METs were found.

July 20 2014 Tarceva dose reduced to 100mg due to severity of side effects. I requested this reduction to improve quality of life, research suggests that dose reduction should NOT negatively impact treatment outcome.

June 30, 2014  U of M - CT scan and oncologist appointment to assess effectiveness of new medication (Tarceva). Cancer tumors were found to be approx. 50% smaller, with no new metastatic tumors. Another scan is scheduled for early September. Progression Free Survival is expected to be 9 - 11 months.

April 10, 2014 - Lung Biopsy scheduled to test for mutations in the cancer that can be treated with immunotherapy - ALK (found negative) EGER and ROS-1 to be tested.

March 20, 2014 - Non-small cell Lung Cancer adenocarcinoma - Stage IV.
Next week I will proceed with chemotherapy...unless tissue testing shows a EGFR or ACK gene mutation. Chemo will likely be with ALIMTA (pemetrexed) and Carboplatin (paraplatin) for 4-6 treatments spaced 3 weeks apart. PET scan will be used to assess the effectiveness of the treatment. Hopefully my left eye will respond as well. Prognosis for Stage IV Lung Cancer is not good but hope is on the horizon - clinical trials are closed and a new treatment is likely to be released in the Fall PD1 and PDL1 which is an immune therapy expected to "change the landscape of lung cancer treatment".

March 17, 2014 - Biopsy results show that the cancer is lung cancer, literally "cancer #2". Tests and tissue testing are underway to determine details of the cancer, there is a small possibility it is a specific genetic mutation associated with non-smoker lung cancer. Initial treatment could be a targeted pill (for genetic lung mutations) or chemotherapy. Treatment for the eye will be secondary. Response to the first treatment is the best indicator of prognosis. There is no cure, 6 months to 2 years was the range given. I will do everything possible to prove them wrong and live longer.

March 10, 2014 - Bone Scan result is NEGATIVE! No results yet from the biopsy. We have been advised to seek treatment where I am most comfortable... we are heading to  Minneapolis! We will arrive Wednesday, with an appointment at the University of Minnesota Masonic Cancer Center on Monday 3/17/2014. Happy St. Patrick's Day.

March 7, 2014 - Test results are coming in and I have cancer in both lungs and in lymph nodes in the neck, in addition to my left eye. One of the lymph nodes was biopsied today. We have begun sending all test results to the University of Minnesota.

March 6, 2014 - I originally planned to go to the Knight Cancer Institute but later decided to return to the University of Minnesota, where I was treated previously, and to be near my family and old cancer "team". In the meantime, the following tests are being scheduled: MRI of brain and eyes, CT scan of chest, abdomen and pelvis, Bone Scan.

March 5, 2014 - Casey Eye Institute @ OHSU - Multiple tests were done on both eyes (photography to capture depth and color of the lesion & ultrasound). My right eye has 2 benign spots. The lesion in the left eye is metastatic (spread from another area) cancer. The lesion is in the center of my vision and classified as "small". My symptoms are reduced vision and shimmering light.

February 21, 2014 - Eye Check - what I thought might be a cataract turned out to be a lesion on the retina of my left eye. I have lost quite a bit of vision in the left eye.